Live Favignana: what to see on the Island

An uncontaminated oasis in the heart of the Mediterranean sea, a natural paradise you will not expect, an island to visit, explore, but above all live: simply ... Favignana. We offer you the main natural and cultural attractions to visit on the island. Discover them with us.

Discover them with Favignana’s Info Point!

Only twenty minutes to arrive to the largest island of the Egadi Archipelago, Favignana, always a destination for attractions, traditions, commerce and tourism. The culture of favignana has offered to contribute to tourism which has spread in recent years. Its economy has always revolved around fishing, especially tuna. In 1874, the Florio family settled on the Egadi islands, creating a world-wide enterprise from a small industry which took place in the Florio factory where tuna from the Mediterranean was processed and stored. When the family economy worsened more and more, the Florio factory became a destination for tourists , starting from the 70s.

It is from this "former factory", now called by the islanders that way, that the true history of Favignana can be known. Among guides, maps, info points, present throughout the island, it is now possible to visit it, savor it and taste, above all, the wonderful sea that surrounds it, between natural caves and coves that hide a variety of animal and vegetable species. From these natural qualities, the marketing of tuna was born which made Favignana a small town famous in the gastronomic field, enough to induce tourists to taste a prominent dish of the island's culture before renting an excellent boat and enjoy the sun and the crystal clear sea away from the confusing and stressful life of big cities. But not only that, even those famous caves and coves that were mentioned before, can be easily reached on foot or on two wheels. Among the most coveted we mention "Cala Rossa", so named for the blood that colored its waters during the Punic wars. Now, of course, it is loved by tourists for its crystal clear color. For lovers, for the thoughtful or even for those who love tranquility and hear the sound of silence while watching a beautiful sunset, it certainly becomes interesting to visit the Fort of Santa Caterina, the castle located on the highest point of the island, which the Saracens, in the past, used for sightings.

Favignana, a small island, a great story, too much to tell but much to see and discover .. in the eyes of those who know how to get curious.

Museums and places of interest

The former Florio factory is a true jewel of industrial and traditional archeology, it would be a shame not to visit it.

For those who want to experience a journey into the distant past of the tonnara and what it represented for the development of Favignana’s island and its inhabitants, it is certainly a historical-traditional destination to visit.

Aquarium of Favignana (inside the ex Florio factory)

The antiquarium of Favignana is located inside the ex Florio factory of the tuna traps of Favignana and Formica, these premises were used for the canning of tuna, traditional and unique fish of the Favignanese island tradition.

The Aquarium contains a wide range of archaeological finds from the Egadi island.

Today it belongs to the Municipality (which owns it) and inside it houses an Info-Point which is useful for tourists and islanders.

Monte Santa Caterina is a mountain which is about 314 meters high, on its top stands the homonymous Fort consisting of a structure with the typical characteristics of a military architecture.

After several uses, it was reused during the Second World War and equipped with artillery posts to defend the island.

Now it is in a state of neglect; but it does not stop to fascinate tourists who visit the island, you can reach it with a walk on a path made up of several steps.

Bue Grotte marino is one of the most beautiful and characteristic naturalistic landscapes of Favignana, immersed in the blue of enchanting landscapes, although it is a bit difficult to reach, it is certainly worth to visit.

Grotta Perciata is another cave with unique naturalistic characteristics and is the ideal place for diving in tranquility and relaxation.

The cove is very beautiful and suggestive ... to see absolutely.

Exclusive benefits if you book online

By booking online you will avoid unnecessary queues and it will be a vacation right away.

By booking online you will get a 10% discount

Assistance guaranteed for all the time of the rental 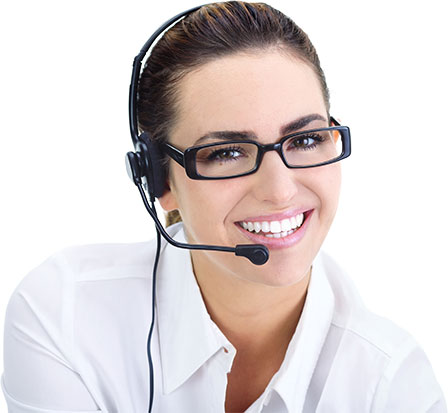 Do you need help?

booking@infopointfavignana.com
Write us on WhatsApp